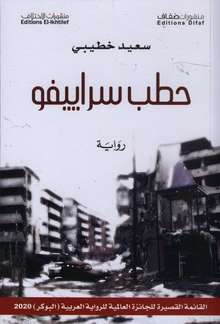 In Algeria, as in Bosnia Herzegovina, the twentieth century had a bloody end, as people were torn apart by issues of religion and ethnicity. The novel’s protagonists, Salim and Ivana, have in common the fact that they have both fled destructive war and hatred in their countries, and gone to build a new life in Slovenia. Shortlist Arab Booker 2020