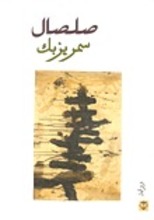 Samar Yazbek was born in 1970 in Jableh, a small town on Syria's Mediterranean shore. She studied Arabic literature in Lattakia and today works as an editor for »Nisa' Suriya« (www.nesasy.org). This website is dedicated to human rights, especially the rights and freedoms of women. She is also an editor and presenter of a cultural programme on Syrian television, a scriptwriter, and regularly she writes regularly for various Arabic newspapers, including »al-Hayat«. Her first two short story collections, »Baqat kharif« (1999, tr: Autumn Bouiquet) and »Mufradat imra'a« (tr: A Woman's Words) can be seen as attempts at self-assertion. She began to question various taboos in Syrian society in her first novel, »Tiflat as-sama« (2002, tr: Heavenly Girl), which became typical of all her ensuing novels. In her début she exposes repressive social institutions, such as the family and religion, while her second novel »Salsal« (2005, tr: Clay) concentrates on the relationship between society and politics and the power of the military. In her third novel »Ra'ihat al-qurfa« (2008, tr: The Scent of Cinnamon) the author uses the doomed love affair between a lady and her maidservant to illustrate the impossibility of love in an unequal society in which people are not judged by the same standards. Her most recent work »Jabal az-zanabiq« (2008, tr: The Mountain of Lilies) defies categorisation. It consists of seventy-seven dreams and is narrated by a woman who, inspired by »Alice in Wonderland«, moves, through a kind of free association, around the world. These texts, which combine surreal and nightmarish elements, display the author's skill in bringing together techniques and stylistic aspects drawn from different genres - legends, folk tales, natural history, poetry, children's literature, and film. Samar Yazbek was awarded first prize by the UN for a television script concerning the issue of child brides. She lives in Damascus.